Skip to content
The Tribe Attaché is committed to a diversity of ideas. Often, international relations can be insular, with only a select few viewpoints being discussed as legitimate policy. The Tribe Attaché has partnered with the Democratic Socialists of America at William & Mary to publish a series of articles focusing on the foreign policies of the Democratic Socialist Party of America.

On April 6th of this year, a 52-year-old man was found unconscious with a heroin needle in his arm on the bathroom floor of Ferguson Library in Stamford, Connecticut, a small city on the northern coast of Long Island Sound. Like most of the Northeastern United States, Connecticut has been hit particularly hard by the opioid epidemic, with a rate of 24.5 opioid overdose-related deaths per 100,000 people. Stamford has contributed to this number, with sixty overdose deaths within its city limits between 2012 and 2017. Thankfully, this particular man was not added to that death count, as he was revived using Narcan, which police in Stamford began carrying in July 2017, after responding to thirty-two overdoses the previous month. He was treated at a local hospital and released without charges.

Just half a mile from Ferguson library, a 13-story high-rise sits on Tresser Boulevard, overlooking Stamford’s small harbor. Shaped like an inverted pyramid, with large glass windows from top to bottom, Stamford One Forum stands out from the Marriot Hotel and Cheesecake factory that surrounds it in Stamford’s downtown. In this building sits the headquarters for Purdue Pharma, the multinational corporation that developed OxyContin and the company that many believe deserves the majority of the blame for the opioid crisis.

Purdue’s relationship to the opioid crisis has been well documented. During the rollout of OxyContin, an opioid chemically similar to heroin, in 1995, Purdue paid doctors and funded research to advocate on behalf of the drug’s effectiveness. Purdue actively worked to undermine what its sales representatives referred to as “opiophobia,” the hesitancy of doctors to prescribe opioids as a result of their potential for abuse, despite Purdue having done no research on the addictiveness of the drug. Purdue appealed directly to physicians, paying to take them to pain management seminars where they would be inundated with marketing for OxyContin, including testimonials from satisfied doctors and patients, all paid for by Purdue.

The aggressive marketing worked excellently, even though the drug did not. The doctors who had attended these seminars prescribed the drug twice as much as those who had not, and by 2000, OxyContin was making $1 billion USD per year for Purdue. “Opiophobia” was vanishing in the United States. All the while, patients were slowly becoming addicted. The promise of twelve-hour pain-relief periods wen unfulfilled despite being a key to OxyContin’s initial marketing and FDA approval. A study in 2016 by the Centers for Disease Control and Prevention found insufficient evidence that opioids continue to consistently relieve pain in the long term. This disparity between prescribed dose and actual effects combined with awful withdrawal symptoms led to abuse, as patients took their medications more frequently, and sometimes crushed and snorted the pills for instant pain relief. Others turned to similar, often cheaper drugs, like heroin, especially after Purdue reformulated the drug in 2010, making it more difficult to abuse (and allowing Purdue to renew their patent and block competition). A group of economists from Notre Dame concluded in a study published this February that this reformulation sparked the nationwide heroin epidemic. 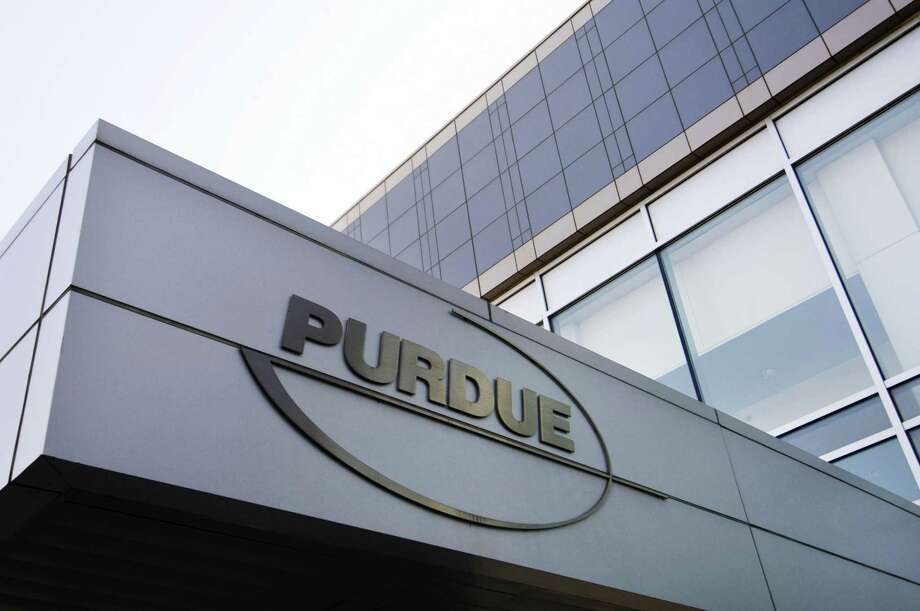 Today, the opioid crisis in the United States is being addressed, albeit slowly, and Purdue has been punished slightly. The corporation has lost millions (they made $31 billion from OxyContin) in a number of lawsuits and is facing more for its role in misleading physicians about the abuse potential of opioids. OxyContin prescriptions fell by 40% from 2010 to 2016, and prescriptions of all opioids have steadily fallen since their peak in 2012.

Purdue, however, is far from dead. The family behind Purdue, the Sacklers, who are the nineteenth richest family in the United States, have begun pushing the painkiller abroad through a network of international corporations called Mundipharma, according to a 2016 LA Times investigation. The marketing strategy has largely replicated what the Sacklers did in the US through Purdue, and has particularly targeted Latin America, Asia, the Middle East, and Africa. Mundipharma is funding public awareness campaigns about chronic pain, offering discounts for patients, and again marketing directly to doctors to break down what it continues to call “opiophobia” abroad. Under the most generous interpretation, Purdue’s marketing strategy in the United States was, at best, negligent and deceptive, aggressively pushing OxyContin while burying knowledge about addiction and abuse. Repeating these maneuvers abroad after the opioid epidemic after the opioid epidemic killed more than 200,000 Americans, particularly in developing countries, is no longer simply negligent and deceptive. It is nothing short of murderous.

As tempting as it is to lay the blame for this depravity at the feet of one family, there are structural factors at play here. This is what happens when global capitalism’s insatiable drive for profit clashes with public health interests. History has oft demonstrated this conflict. In the last 50 years, smoking rates among adults in the US have dropped from over 40% to less than 14% in 2018. As this drop-off occurred, largely due to public health campaigns and advertising restrictions, large tobacco corporations shifted their focus to foreign markets. According to a study published by the National Institutes of Health, tobacco consumption “is increasing in developing countries” where “[seventy percent] of the world’s 10 million annual deaths from tobacco in 2025 will occur” if current trends continue.

Tobacco distribution strategies demonstrate what may be the future for opioids. In a 2017 Guardian article on Big Tobacco’s behavior in the developing world, the news organization found that tobacco marketing efforts have included exploiting war zones to sell cigarettes and handing cigarettes out to people of all ages in Kenyan shopping malls. Child labor in tobacco fields is rampant in places like Malawi, where families receive no monetary income until after the harvest. Tobacco corporations have continued to fight tooth and nail against any legislation to stall their push into new markets, including threatening lawsuits in international courts against nations as small as the Solomon Islands for placing health warnings on cigarette packets. Through all of this, despite widespread knowledge about the dangers of tobacco use, and plummeting smoking rates in the United States and Western Europe, the tobacco industry is selling more than ever before.

Mundipharma and the Sackler family pushing their product on the developing world after stateside repudiation is not a new phenomenon; they are simply following in the deadly footsteps Big Tobacco laid out in front of them. If profit can be made from a public health crisis, that profit will be made. In fact, Richard Sackler this year patented a new opioid meant to ease withdrawal symptoms for those recovering from opiate addiction, mimicking how tobacco companies started selling nicotine gum and other products to wean people off of cigarettes. Corporate interests will not just squeeze every last dollar out of a public health crisis; they will also recreate that crisis abroad through the same cycle of deception and exploitation.

When socialists fight against global capitalism, they fight against the forces that have long delayed and destroyed actions in the best interest of public health. They fight against disinformation campaigns that trade thousands of lives for billions of dollars. They fight for the most vulnerable here and in the developing world, whose health crises will continue long after ours have left the headlines. They fight against families like the Sacklers, corporations like Purdue and Mundipharma, the entire tobacco industry, and all forces that continue to privilege profits over human life. They fight for the 52-year-old man overdosing in a library bathroom, for equitable distribution of the medical services that saved his life, and against the structural factors that brought him to that position.