Nestled between the violent kleptocracy of Putin’s Russia and the brutal communist regime of Jinping’s China, Mongolia, a windswept land of mountains, deserts, and sparsely-populated grasslands, may seem like an unlikely place for democracy to bloom. Yet despite its autocratic surroundings and nomadic and imperial past, Mongolia has emerged as a modern liberal democracy on par with European and North American systems, with free and fair elections and extensive protections for civil and political rights. It is central Asia’s only representative government, an island of democratic blue amidst a sea of authoritarian orange and red in the 2017 EIU Democracy Index. How did Mongolia alone achieve a democratic society while its neighbors languished?

A unique combination of factors enabled this Central Asian nation to both emerge from Soviet control stronger than ever and continue its democratic tradition to this day, revealing a sustainable model for future democratic transitions. A movement of young Mongolians, dissatisfied with the corrupt and violent regime of the Soviet-backed Mongolian People’s Republic, began open-air protests in the fall of 1989, eventually organizing the hundred-thousand-man Sükhbaatar Square protest the following spring. The non-violent civilian pressure led Jambyn Batmönkh, chairman of the Mongolian Politburo, to resign and dissolve the communist government without bloodshed on March 9th, 1990, with the new government holding parliamentary elections that July. Scholars credit Mongolia’s early start to democracy and internal domestic organization for succeeding in creating an active and solid republican government. Furthermore, Mongolia’s homogeneity in terms of ethnicity and religion has facilitated peaceful elections and relatively relaxed political tensions, avoiding challenges to democratic stability such as tribal conflicts (sub-Saharan Africa) or religious tensions (Middle East, Eastern Europe). Democracy has not become the issue championed by one of many clashing minority groups, but the cause embraced by the unified Mongolian people. Their semi-presidential system balances executive and legislative authority to avoid one seizing power while allowing citizens to be directly represented in both. Foreign NGOs and domestic and foreign news networks are welcomed and encouraged within the nation, which creates both a strong civil society and free media to uphold democracy and challenge consolidating power. Finally, Mongolia has developed incredibly close diplomatic relations with Western Europe, North America, and East Asian democracies like Japan and South Korea and become incredibly involved in the United Nations system, which has endeared the nation to the West in terms of security and foreign development. 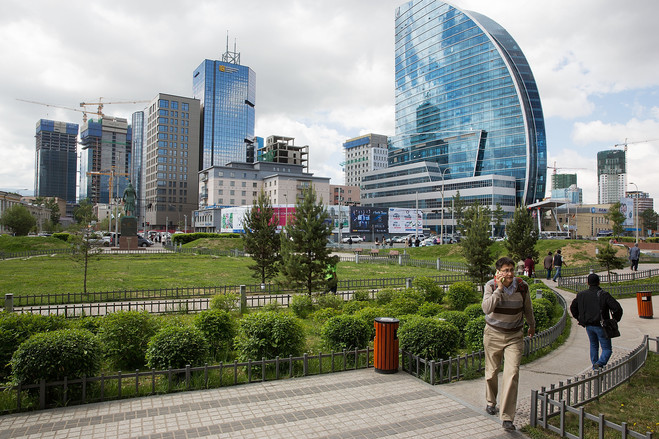 Mongolia’s success provides a model for other nations attempting to move towards democracy. Learning from this national example, the international community should see how fostering democratic sentiments and organizations domestically, balancing systems of legislative and executive authority, developing strong civil societies and protections for press freedoms, and linking newly democratic nations with established ones in economic and defensive alliances must be the focus of international development agendas. The desert flower of Mongolia thrives, and the world has much to learn from it.